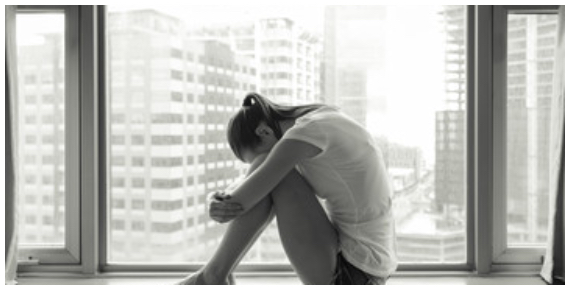 How did we get here?

The day started with me reminiscing about the previous day and how it took  an unexpected sweet turn. It has been a long while since I got pampered by anybody, having someone thoughtful to give a treat came as a relaxing surprise. I had my late dinner as usual at 1am and  thought about how people on the big side trying to lose weight are doing all the right things, whereas slim people like me are doing all the wrong things with my abs still intact and not a kilogram added. I went to bed thinking I should do better, as even a slim person with poor health decisions could still come down with ill health. I went to bed happy about the privilege to still enjoy a long sleep because of the holiday while staying super excited for Easter Sunday. I imagined what sunday would look like with my long dress, fully stoned and embellished, glistening under the lights. It’s been a while since I bought a new dress, wearing one at Easter felt therapeutic.

I woke up after a restful sleep to agitations about Michael Jackson. I thought we would be celebrating the life of Beyoncé in the newly released documentary, HOMECOMING, but Nigerians disrespectfully had other plans. They decided to disrespect Michael Jackson and as a fan, I dedicated my day, data, energy, time, and oxygen to the defense of his honor. It was very much okay if that was all I achieved during the day.

No word yet from my tailor who has promised since last Friday that she was on her way to deliver my clothes. I had two outfits with her. I tried her line but it was switched off, I sent a message asking if she was going to make it as promised. I had no reason to believe she wouldn’t deliver on her promise. Being one of the most faithful tailors around, I paid her in full, upfront to encourage her to deliver as promised. Meanwhile, my Easter dress was meant to be a wedding dress for last weekend in Kaduna, but some last minute engagements made the trip impossible, I communicated with the groom, expressing my regret and sent my gift; I also communicated with my tailor so she could ease off the pressure of trying to deliver in the night seeing that my trip has been called off. She heaved a sigh of relief and promised to deliver the dress the following day. Exactly 7days ago.

Some bees in the hive tried to grasp to the torn shreds of irrelevance to avoid sinking into the pit they dug for themselves. The pioneer of the ungodly comparison already established that she would not even play a Beyoncé song by choice (Just imagine having a fan that does not rate you but uses your name to gather dust and clout. I’m not even a member of the hive, but I love Bey and her song is my workout track, on repeat!), then they went on to resurrect claims and allegations that Michael Jackson bleached his skin and was a paedophile. They postulated theories that we do not accept that Beyoncé is greater than Michael Jackson because she is a black woman and he is a “white” man. (Mud me!). I went online and posted videos of  the altruistic  phenomenon called Michael Jackson, who still lives on. I posted videos of  legends like Whitney Houston, the phenomenal Celine Dion, and the five octave ranger- Mariah Carey. Matter of fact, I still await an artiste that will do a cover for Celine Dion’s “I Surrender”. Barely a month ago, they came on TwitterNG to disrespect Celine Dion and we got canes and whipped them back to their papas for some proper home training. There was no point engaging maliciously ignorant people.  They are bent on erasing the ancient land marks. Knowledge does not have the ability to cure willful ignorance. Was it not the hive on TwitterNG that proclaimed that Beyoncé was a better dancer than Ciara? Ciara??? (Somebody shoot me!). It is impossible for them to celebrate without comparisons and disrespect. They have become wicked and immoral, so much that even with the truth revealed in many MJ documentaries available at the instruction of a click, even if you slapped the truth on a cap and wore it on their heads, they still would not get it. Michael Jackson did not live a troubled life to have his memory disrespected. Beyoncé Knowles will not be happy to see her hero dragged by TwitterNG. I exited the commotion out of respect for both legends – The King of Pop- a force of nature, and the Queen of the hive.

My tailor’s number was still unavailable. I already saw pictures of the full orchestra in rehearsal for tomorrow. I was primed. Easter is my greatest holiday ever, holding such an eternal significance for me. It is my most grateful season and festival of the year. My excitement was fading and approaching  an ebb. I tried to fight it and keep some glee. I really have no plan B for tomorrow. There is even no power supply to consider a plan B. Wearing a rumpled dress at Easter is a no. There must be slay and slay must be served!

I called my tailor again and her line was still switched off. I sent her another message…”Hi (insert name), your number has been switched off all day. I feel disappointed. I don’t think I deserve this.”

My heart was beginning to sink. How could she do this to me? How did it take her a whole week just to deliver a dress if it was ready as at last week? Did she lie to me last week that it was already made? Just yesterday, a guy came preaching to me that I should learn to trust and give love another chance. I have loved and got heartbroken severally, I do not know if it is worth another chance.

Nigerians have sordid tales where tailors are concerned. The chronicles of disappointment is somewhat endless. I was preparing to slay the dress and market her everywhere as an exception to the rule.

I got in bed and cuddled up, trying to curtail the weight of disappointment. If I couldn’t gain trust on what I paid for in full, what assurance does love that I am not paying for hold?

This site uses Akismet to reduce spam. Learn how your comment data is processed.